Posted on June 11, 2016 in Infrastructure, Projects by Batasan Hills Admin

The residents of Taniman in Area B, Sitio Talanay resorted to “bayanihan” in building a bridge that now serves as walkway for people who wish to cross over a creek in the neighborhood.

“Bayanihan” is a Filipino term taken from the word “bayan,” referring to a nation, town or community. The whole term “bayanihan” refers to a spirit of communal unity or effort to achieve a particular objective. This good custom is widespread in the Philippines. In fact many ethno linguistic groups have their own term for “bayanihan.”

The passage was structured by the inhabitants to span physical obstacles without closing the body of water underneath. It was made out of concrete in the simplest form – a mixture of cement, water and aggregates. Spandrel beams were added for the safety of the passersby.

On June 11, 2016 (Saturday), Purok (Area) Leader Rogelio “Roger” Dacallos proudly showed the finished product to Captain John “Jojo” M. Abad who contributed an ample amount to the folks at the ingress of construction. 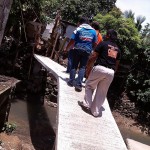 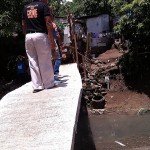 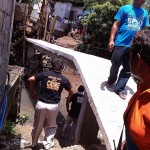 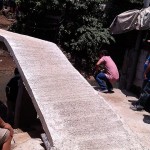 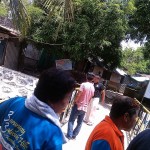 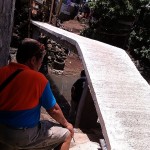 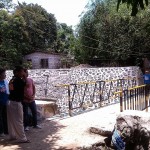 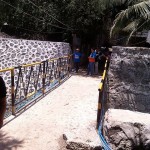 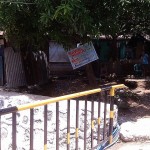