Posted on January 4, 2016 in Projects, Social Development and Services by Batasan Hills Admin

Employees of the Local Water Utilities Administration (LWUA) bestowed their used but still good clothes to senior citizens residing in Batasan Hills on January 4, 2015 (Monday) at 9:30 AM at the Saret Covered Court. The vanload of sacks of worn polo shirts, T-shirts, suits, jackets, slacks, jeans, shorts, pajamas, and the like were coursed through Kagawad Ernesto “Ernie” S. Custodio.

It is known to the public that Kgd. Ernie’s wife, Mrs. Loida G. Custodio, was a pantry concessionaire at MWSS-LWUA Complex, Katipunan Avenue, Balara, Quezon City from years 2013 to 2015. LWUA is a government-owned and controlled corporation with a specialized lending function mandated by law to promote and oversee the development of water supply systems in provincial cities and municipalities outside of Metropolitan Manila. 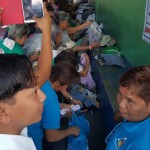 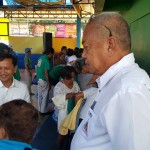 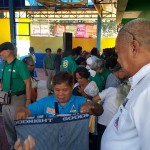 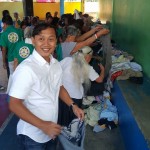 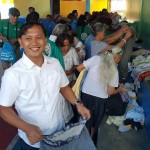 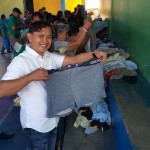 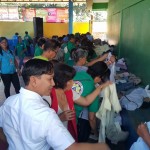 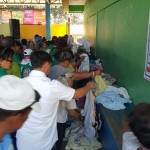 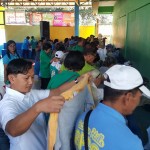 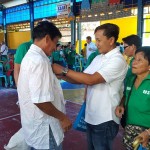