Posted on January 7, 2016 in Projects, Social Development and Services by Batasan Hills Admin

The Barangay Council for the Protection of Children (BCPC) is granted a portable sound system by Captain John “Jojo” M. Abad in the afternoon of January 7, 2016 (Tuesday) at the Office of the Chairman, Saret Street, Batasan Hills, Quezon City. The Crown Pro-5001 AUE is a 430 X 430 X 685 millimeter-cabinet type two-way sound system that can be carried by BCPC in seminars, orientations and other events even in the remotest areas.

– is built-in with an FM radio, Bluetooth, a guitar input and USB/SD ports;

– is complete with rechargeable batteries, a wireless microphone and a lavalier microphone (more popularly known in the Philippines as a lapel mic); and,

– is manufactured by Crown International, or Crown Audio, maker of audio electronics, and is a subsidiary of Harman International Industries. Today, the company is known primarily for its power amplifiers, microphones and a line of commercial audio products, as well as, digital audio networking products.

What BCPC considers to be a New Year’s gift from the barangay council is received by BCPC Secretary Erlinda B. Natavio and staff member, Richard “Rica” Redondo. 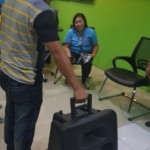 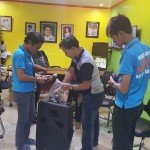 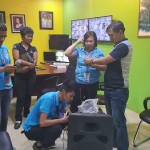 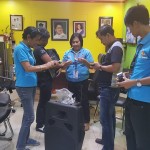 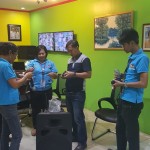 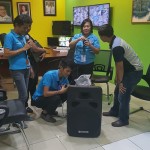 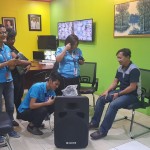 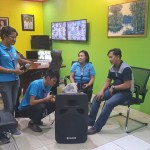 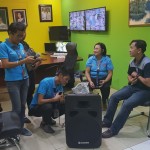 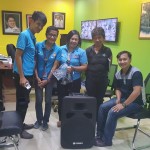 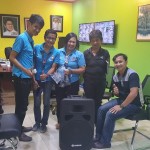